Here's How You Can Recreate HoYeon Jung's Makeup Look at Home

People are blown away by her effortless beauty! 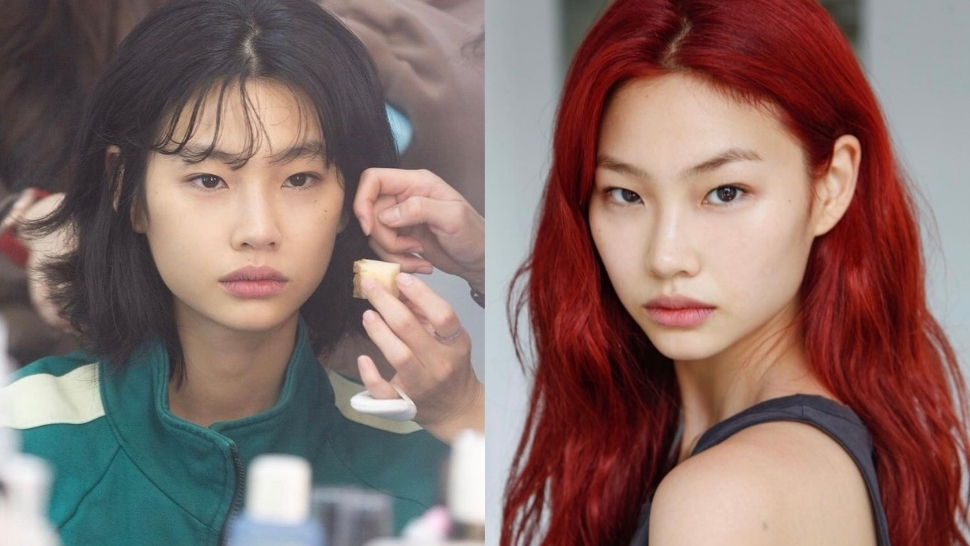 HoYeon Jung, a.k.a. Kang Sae-Byeok in Squid Game, has easily become our girl crush. She’s not only effortlessly beautiful, but also extremely talented as well. Did you know that she was named one of the world’s top 50 models? The Neflix original K-drama, Squid Game, is also HoYeon's first major acting role! Given the positive reviews about Ho Yeon's portrayal of the character, the model-turned-actress is definitely one to watch.

Ho Yeon’s Vogue beauty video from 2016 has resurfaced, gaining millions of views. In the video, she shows her routine in achieving perfect skin and a two-tone lip look. Steps include depuffing her skin, applying light concealer, and perfeting the iconic ombre lips trend that was so popular back in 2016. Vogue changed the title of the video by adding "Squid Game," which was a smart move on their end, as seen in the spike of views.

According to the video, there are certain tems you need to achieve HoYeon's look. Of course, you need skincare musts such as toner, essence, and moisturizer. Additionally, lip balm is another essential but overlooked part of skincare. To de-puff the skin and overall de-stress the body, HoYeon swears by anti-stress oil. After that, lightly apply concealer under the eyes to brighten up the face. Then, curl the eyelashes to further lift the eyes and face. Before lipstick, HoYeon make sures to blot her lips on a tissue paper. To achieve the gradient lip look, one can use a two-tone lipstick or use two different shades. Finally, end with hair oil to add vitality to your locks!

On TikTok, creators have also taken inspiration from HoYeon's make-up look and attempted to recreate it. There are even many recent videos of her Vogue clips as well, in spite the fact that the original video is four years old! People are recognizing not only beauty but also talent, and we totally understand why.

Apart from HoYeon's everyday make-up look, people are also obsessed with her Squid Game character, Kang Sae-byeok! The character is North Korean defector and pickpocket who strongly wants to win the game’s 45.6 billion won prize. She and the other contestants need to compete in various childhood games in order to eventually win the prize money. Unlike the normal (and safe) ending of games, the players who lose are ultimately killed in the end. Kang Sae-Byeok is fiercely determined to win the games.

In case you're planning on dressing up as a Squid Game character for Halloween, here's a video you can take inspiration from:

10 Best Gentle Moisturizers To Try If You Have Sensitive Skin