LOOK: Here’s Where You Can Get Aesthetically Customizable Mixtapes to Gift Your Loved Ones|Read more »
Beauty | By Marj Ramos - May 12, 2015

JESSY MENDIOLA ADMITS SHE WORKS OUT SO SHE CAN EAT

This might just be the motivation you're looking for! 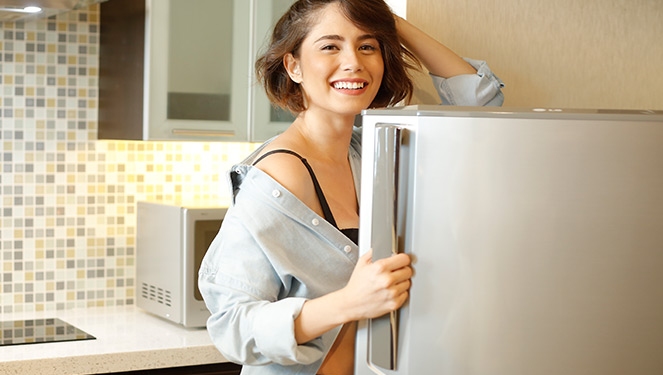 The question of why a person regularly works out can be answered in so many different ways. While some are straightforward about wanting a leaner bod, the rest would argue that hitting the gym is all about having a healthier lifestyle. But as for our newest celebrity #fitspiration, Jessy Mendiola's reason couldn’t be any simpler.

When she was recently launched as one of the ambassadors of Century Tuna, Jessy’s toned arms and sculpted abs made rounds on the internet. This picture depicting a happy and healthy lifestyle, however, did not happen overnight. The actress told Men’s Health, “I gained a lot of weight and people were like, ‘Why is she getting fat? Doesn’t she work out?” But instead of basking in self-pity, she battled depression with a positive outlook and channelled her frustration into doing activities that she actually enjoys, including regular running, swimming, and yoga.

When asked what motivates her to stay in shape, Jessy’s answer was as clear as day: “I work out to eat.”

For this mestiza beauty, eating and working out go hand in hand. Rather than looking at a mouth-watering meal with so much remorse, Jessy chooses to see it in a different light. The idea of being able to enjoy good food guilt-free after a rigorous workout sesh motivates her to endure those extra push-ups. And though she admits it’s not always easy, at the end of the day, being both happy and healthy is what floats her boat. Not about fitting into a sample size.

“Every single day is a struggle, there are days that I'd rather stay in bed and eat unhealthy food, but most of the time, I try to eat clean and exercise. Being healthy and happy is a choice,” says Jessy.

The Blonde Girl's Guide To Surviving The Beach

Watch: How To Get 'i Woke Up Like This' Hair