The botched job gave her a droopy left eye. 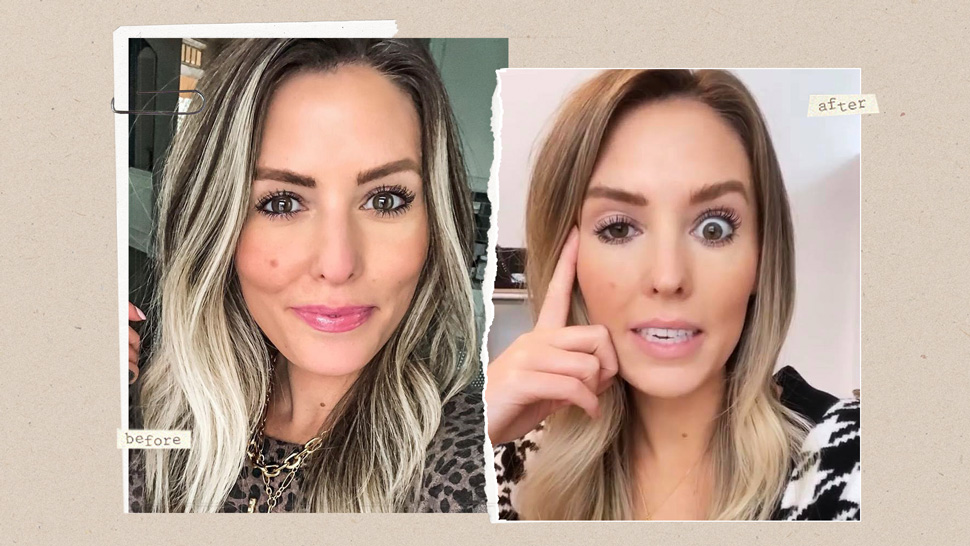 For the past three years, Chicago-based influencer Whitney Buha have always had a smooth experience with botox. She's been getting it twice a year since entering her 30s and never had a problem. But early this March, a mishap at her local med spa gave her a completely unexpected issue that totally freaked her out.

Some time after her appointment, Whitney noticed that her left eyebrow drooped lower than usual. She returned to the spa six days later to hopefully have it fixed, but it only got worse. While she was hesitant to share her situation at first, the influencer eventually revealed what happened through her Instagram stories.

On her stories, Whitney shared that she got this result after getting four additional units of botox to lift her left eye. Instead of fixing the issue, however, it only made the contrast even harsher, with her left eye going into ptosis and her right eye being lifted too high. "It's so embarrassing. I don't even know why I'm showing this," she admitted.

According to the American Academy of Ophthalmology, ptosis occurs when the upper eyelid droops over the eye and covers the pupil. It can limit a person's vision, which explains why Whitney's right eye began to compensate by opening itself wider.

In Whitney's case, her ptosis was caused by botox being injected in the wrong spot. Her condition worsened days after the procedure, which the influencer also documented on her stories.

After consulting with experts, Whitney learned that her botox problem will only improve after three to six weeks. This is because, unlike fillers, toxins are impossible to dissolve—you simply need to wait for them to wear off.

But simply waiting wasn't an option. Whitney still had to create content and step outside, so she decided to look for ways to reduce the unevenness in the meantime. The remedies she tried include vibrating beauty tools, microcurrent devices, prescription eye drops called Upneeq, and even some makeup hacks, like using white eyeliner on her left waterline.

Just like what her doctor said, Whitney's eyes started coming back to normal. The drooping on her left eye lessened, and her right eye has also significantly lowered.

So will Whitney get botox again after this experience? "If I'm being 100-percent honest, yes, I will get botox again in the future," the influencer admits. "You can judge me and say I'm crazy, but I've had botox for three years and I've never had a problem until this."

"These things can happen but it is rare, and when botox is good, it's really good. So I do think I will get it again, just not for a while probably."

Here's Everything You Need to Know About Botox and Fillers

I Got Baby Botox in My 30s for Younger-Looking Skin

Here's The Simple Reason Why Your Eye Cream Isn't Working

Alexa Ilacad Shuts Down Nose Job Allegations: "you Guys Have To Chill Out"