Here's What You Should Do If You Want to Sleep Earlier

Ahead, the simple secrets to having an early bedtime. 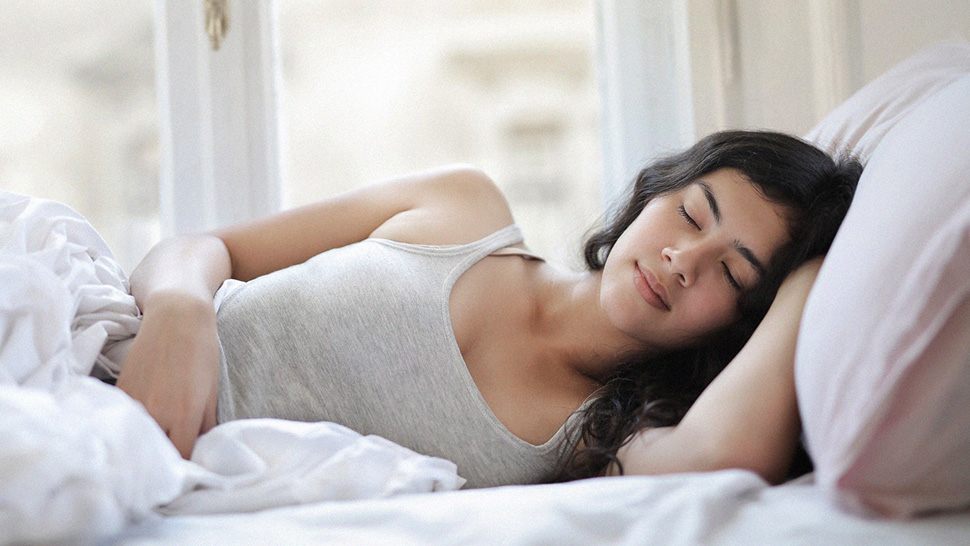 I always struggle sleeping early, especially when I'm handling a big project or when I'm hooked on a Netflix series. My excuse was that I'm working from home (and I'm very lucky to be in this situation) so I can just clock in five minutes after I wake up. I found out in a week that this practice wasn't sustainable. I started my day rushing and I felt tense. It was like I kept on chasing tasks.

I decided I had to sleep early on weeknights, at least. It was hard at first because my mind was filled with thoughts. It was restless. I still ended up sleeping late, and I just became frustrated with myself.

Eventually, I learned that having an evening routine helps. It took a lot of tries until I found one that suited my lifestyle. But, I still didn't solve my concern. Until I learned from a video by Buddhist monk Ven. Nick the key thing one should have in a slow-down night routine: You need to set a cut-off time that will separate your day and night.

My chosen time was 8:30 p.m. It was after eating dinner, doing some chores, and ofc, work. Now, you don't need to follow the same time since we all have different lifestyles. If you're commuting from work, maybe set the time 30 minutes after you get home.

Ven. Nick suggested taking a shower at night will help cool the body down and signal the mind that it's time for rest. He also said that an evening routine should ease you into bedtime so you're not hitting the hay with 10,000 thoughts running on your mind.

To slowly ease myself into "quiet time," I had to let go of my YouTube and Netflix binge—that was the best way I could switch off. I also set my phone on Do Not Disturb mode.

Another key takeaway I got from his video is that "The last thing you think about at night is the FIRST thing you'll think about in the morning." I had to stop myself from thinking about what I was going to do the next day while in bed.

Instead, he suggested reflecting on the good things that happened during the day: What are you grateful for? Think about your good deeds! If there was a situation that you aren't proud of, just promise yourself how you'll do better. The secret is to sleep underneath a "blanket of positivity."

In case you're curious, my bedroom was dark (TYVM, blackout curtains), and I made sure I wore the comfiest pantulog. After a few nights, I just found myself falling asleep at 10:30 p.m. No melatonin needed. Another plus? I always had enough time to do my evening skincare routine! I woke up even before my alarm would go off. I felt fresh and light, and I didn't worry about an imaginary to-do list as soon as my eyes opened.

Some more lifestyle adjustments I did to sleep early:

Learn more about having a calm evening routine by watching this video:

Simple Life Hacks That Can Help You Sleep Better at Night

7 Gorgeous Filipinas Who Aren't Afraid To Flaunt Their Curly Hair