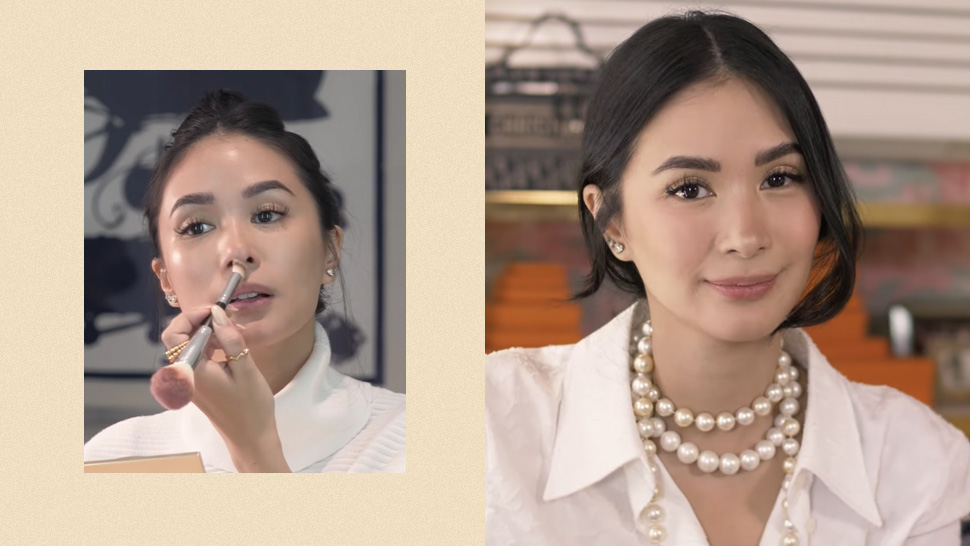 On the heels of Nadine Lustre setting the record straight about getting her nose done, Heart Evangelista is the latest celebrity to address plastic surgery-related rumors about herself in a recent vlog.

For her YouTube channel, Heart asked her followers to send the "craziest rumors" they've heard about her. And inevitably, one hearsay that was brought up was about her alleged plastic surgery. "You had a nose job and double eyelid surgery," one entry reads. The actress immediately denied the claim, answering, "I didn't. Ang kulit. I didn't get it done."

That said, Heart adds that though she didn't have anything done to her face, she doesn't have anything against plastic surgery in general. "I'm for it, I have friends who have done it and relatives, and I'm super duper supportive," she says. However, she had her own reason for not going under the knife: "First, I started really young in show biz so I'm so conscious about changing or altering my image."

Heart also attributes the way her eyes became deep-set overtime to aging and weight loss. "As you get older, it really does change. Your collagen, you have less baby fat on your face. Your face is more contoured. Also when you lose weight, that changes a lot."

During the conversation though, we were able to pick up a handy beauty trick that Heart apparently swears by. Turns out, to get that instant "nose job" look, the actress credits it to the way she does her makeup. "I just shade, I do the Bella Hadid contouring," she reveals. She even demonstrated this exact technique in one of her previous vlogs, and it's actually pretty simple!

So how does the Bella Hadid contouring method work, exactly? Basically, she dips a small brush into some contour powder and draws an inverted diamond on the tip of her nose, helping it appear more pointed.

See the full tutorial below:

After shutting down the rumors, Heart does admit that she doesn't mind "changing a few things" when she's older, like getting botox, especially on her neck area which tends to sag as women get older. "I'm really for  [plastic surgery] but I just didn't have anything done," she concludes.

Watch the full video on Heart's channel below: