Two of them got breast implants at the age of 18. 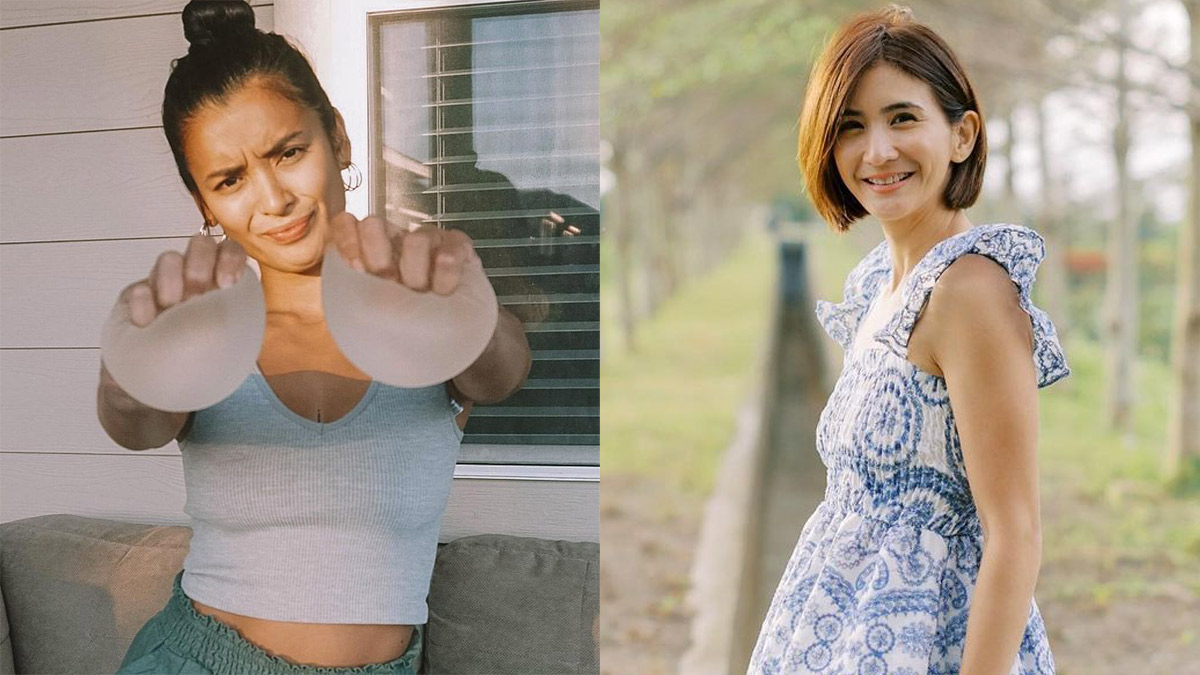 IMAGE (LEFT TO RIGHT) Instagram/mitch_madrigal, Instagram/ricaperalejo
Two of them got breast implants at the age of 18.
Shares
Share
Tweet
Comments

While a breast augmentation surgery is known to boost one's self-esteem, it's important to do your research because the procedure is not for everyone. ICYDK, people who get implants are prone to developing a condition called breast implant illness (BII), which refers to the many symptoms that can progress after a breast enhancement surgery. These symptoms include endless chest and back pain, breathing problems, hair loss, chronic fatigue, and depression, just to name a few.

It's therefore no surprise that many people end up regretting getting breast implants. Some eventually decide to have them removed, too. This is exactly the case for some local celebrities, a few of which we listed below. Scroll ahead to read their stories!

In 2019, Michelle released a YouTube video discussing her choice of having her breast implants removed. She admitted that while she was never flat-chested, she felt insecure by being around other celebrities and family members who had bigger breasts than her. This led the actress to have her breasts augmented at the age of 18.

"At that time, I just did it for vanity and I really thought it could fix my insecurities back then," Michelle shared. Years later, she started having chest pains, and she discovered that it was due to breast implant illness. After having the condition for 12-13 years, she decided to have them removed to live a healthy life.

In 2020, Michelle celebrated the one-year anniversary of her breast explant. She announced, "I have never felt so empowered and confident even with my smaller breasts. Clothes fit me better and I am able to move freely. My body feels healthier since my implant removal." She later added that she offers no judgment on people who choose to get or keep their implants. "If it makes you happy, do it. But do your research and make sure that it is something you truly want in the long run," the actress advised.

In a press conference for a movie, a 21-year old AJ candidly revealed that she has undergone breast augmentation. She confidently expressed, "Siguro sasabihin ko na dito. Kasi last year nagpa-enhance ako ng boobs. Ayokong magsinungaling kasi natanong na sa akin eh." The young actress said that the decision was quite an impulsive one, saying she got too excited when someone suggested it to her.

According to former actress Rica Peralejo, the pressure of her show biz career led her to get breast implants at the age of 18. She said it was because her management was preparing the then-teen star to deliver a sexier image, and having a boob job was one way to do so. Although it did the trick back then, Rica now regrets the procedure.

She stated, "When I look back, I'm so regretful about it because I opened up myself to what was an otherwise not present danger to my body. I am not judging those who have implants, but I did not study this when I had it before, na may implications talaga siya sayo."

Rica underwent breast explant when she had her second child. She shared, "My breastfeeding had issues, and I don't know, I will never know if taking out implants has an effect on that." In the same vlog, she advised women to think twice before considering aggressive procedures. "It will really dictate to you so many things in your life even sa pagtanda mo," noted the former actress.

Her busy schedule is the only thing holding Maui Taylor back from having her breast implants removed. The former Viva Hot Babe said it's been difficult to squeeze in an appointment because of her back-to-back projects, but it's definitely in her plans. She reasoned that the implants are causing her discomfort and she no longer likes how it looks on her body.