JUST IN: Jinkee Pacquiao Is One Glamorous Ninang at a Wedding Wearing Accessories Worth at Least P10 Million|Read more »
Beauty | By Nicole Arcano - May 9, 2022

Here's Why Ellen Adarna Finally Had Her Breast Implants Removed 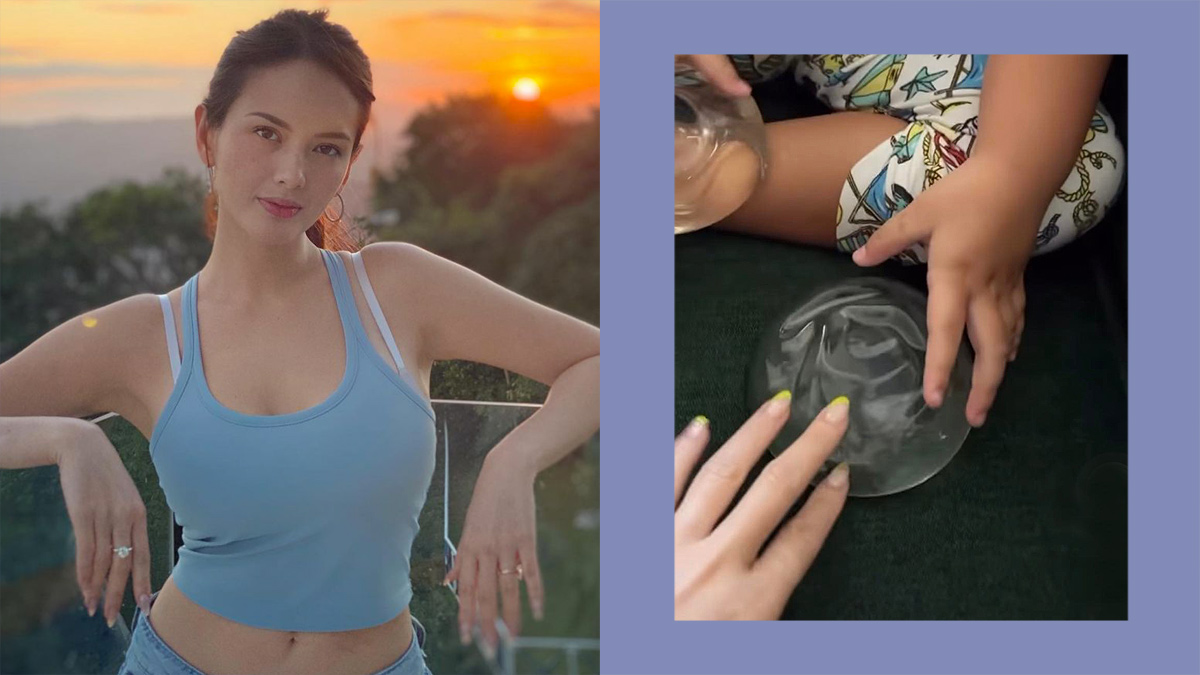 IMAGE Instagram/maria.elena.adarna
"It was fun while it lasted."

Ellen Adarna is as candid as a celebrity can be on social media. You can always count on her to tell it how it is—no holds barred. Even admitting to plastic surgery is no big issue for the former actress. In fact, just yesterday, she told her followers that she had a big one (literally) reversed.

On her Instagram stories, Ellen posted a video showing surgery markings on her chest. "I had my implants removed," she explained.

ICYDK, Ellen underwent breast augmentation surgery in 2015 as part of a beauty clinic's campaign. She was joined by Daiana Menezes, Alyssa Alano, and Phoemela Baranda.

After showing her markings, Ellen pointed the camera to her son Elias Cruz, who was apparently "complaining" over his mother's resized chest. "But there's still a little," she told him, amused at the little boy's antics.

The video also featured the actual implants that the former actress had removed from her body.

In a separate story, Ellen revealed the reason why she removed her implants.

The celebrity mom wrote, "Goodbye breast implant illness i can now breathe properly—goodbye chronic back pain, fatigue and [brain] fog. It was fun while it lasted.... The End."

Like Ellen, several Filipina celebrities have opened up about removing their breast implants and breast implant illness (BII). Former actress Michelle Madrigal suffered from constant chest pain and had hers removed in 2019. Rica Peralejo, who had her breasts done at age 18, chose to remove it when she gave birth to her second child.

While breast augmentation surgery itself is safe when done by a professional, it is not always received well by our bodies. Breast implant illness is actually very common among those who undergo the procedure, and the symptoms can manifest early or down the line. The ones Ellen mentioned, such as back pain, fatigue, and brain fog are only some of the many implications of the illness.