These dainty tattoo designs are perfect for your not-so-secret ink! 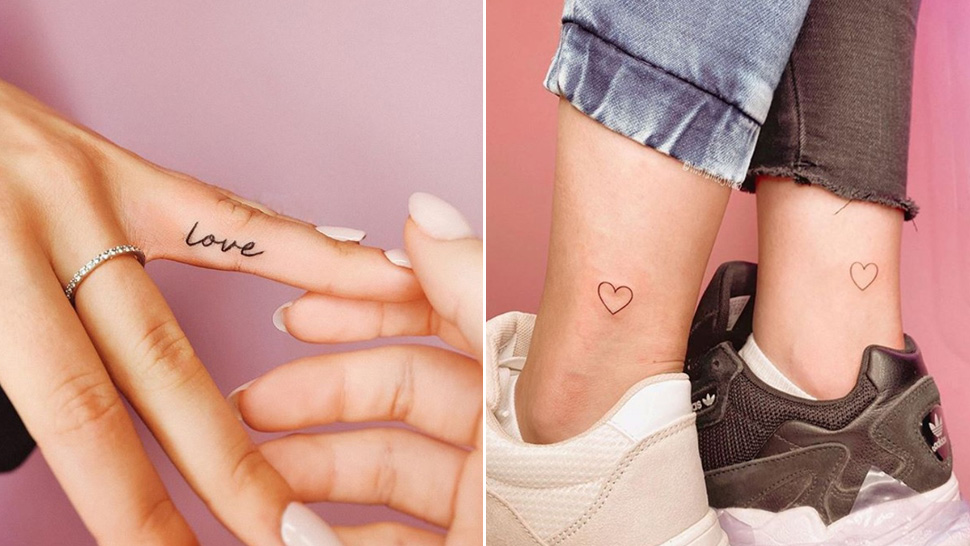 To get a tattoo or not to get a tattoo? If you’re reading this right now, then chances are that this question has been boggling your mind for a while now. You’ve probably been giving yourself countless of excuses to convince yourself to just forget it—“I might not be able to handle the pain,” or “I’m too busy to be bothered by the aftercare,” or “What if I regret it later on?”—even though you know deep down that you’re dying to get inked already! Well, we’re here to tell you to just go for it if you really want to!

You see, if you’re hesitant to take the plunge, you can always dip your toes in and test the waters first. How, you ask? Small tattoos! They’re chic and delicate and not too in-your-face, which makes it a great choice if you’re looking for something subtle. Not to mention, the healing process, the aftercare, and of course the actual tattooing part would be a lot shorter given its micro size, so it’s perfect if you have low pain tolerance. Besides, a tattoo doesn’t have to be oversized in order to make a strong statement and a lasting impression. There are also so many designs that you can choose from, but if you’re having a hard time making up your mind, feel free to bookmark one from our curated list below.

Here are small tattoo ideas that you won’t regret:

Ah, yes, a classic! It’s a popular choice for obvious reasons: It’s dainty and pretty and you just can’t go wrong with something as foolproof as a small heart tattoo. It’s cute wherever you decide to put it—behind your ear, on your collarbone, inner wrist, finger, or ankle. You could even get matching ones with your BFF (or your boyfriend, sure).

2. A letter from the alphabet

Maybe the first letter of your name…or someone else’s name? Or, it could be a code for something that means a lot to you. Whatever the letter symbolizes, you can think of it your little secret—literally.

Crescent moons are said to represent fertility, so some choose to have it inked as a symbol of womanhood. There are those who associate it with witchcraft as well, while some believe that the waxing crescent moon embodies growth and creativity. There isn’t just one meaning behind it, so how you want it to represent a certain facet of your life ultimate depends on you. And since it’s generally a minimalist design, it’s a lovely choice of tattoo to put behind the ear, on the inner wrist, or the ankles.

Love singing or dancing or listening to music in general? Then consider a tiny musical symbol for your first tatt, say, a treble clef or a quaver note! Of course, it would be especially more meaningful if you’re someone who enjoys playing the piano or guitar, too.

This tattoo design is so unassuming that your friends might even suspect you just doodled it on yourself using a marker. But apart from it being cute and subtle, you could think of it as your daily reminder to smile.

If you’re a beach girl at heart, then a tatt that represents the ocean might seem like a no-brainer for you. Alternatively, the wave tattoo is also common among those born under the sign of water, such as Scorpio, Pisces, and Cancer. For some, it serves as a visual reminder that “life goes on” or to “go with the flow.”

There’s just something so ethereal about a pretty butterfly tattoo, especially if it comes in a miniature size that gives it that extra dainty vibe. If you need another reason to go for this design though, know that butterflies also symbolize freedom, beauty, and transformation.

Love traveling? Then a minimalist airplane tattoo would make a lot of sense for you as your first ink. This design is naturally a popular choice among jetsetters.

This, of course, is pretty self-explanatory. If you think you can withstand the process of having more than just one letter inked on your skin, we suggest you try this beautiful, universally loved word that needs no explanation.

The semicolon tattoo could be so small that one would barely even notice it, but it packs a huge punch. This simple punctuation mark is typically used when a writer could’ve chosen to end a sentence but instead decides to continue. It’s become a powerful symbol of solidarity and strength for those who struggle with self-harm, depression, and other mental health issues. Selena Gomez and several stars of Netflix’s 13 Reasons Why, a show that tackles suicide, have this tattoo. “The ; symbol stands for an end of one thought and a beginning of another. Instead of a period, authors use the semicolon to continue a sentence. For us, it means a beginning of another chapter in life, in lieu of ending your life,” says actor Tommy Dorfman.

5 Hydrating Toners And Essences You Can Use Instead Of Moisturizer

Here's How Celebrities Are Getting Long Hair Without Growing It Out