7 Celebrities Who Had Drastic Hair Transformations After a Breakup

One of them admitted that she regrets doing it. 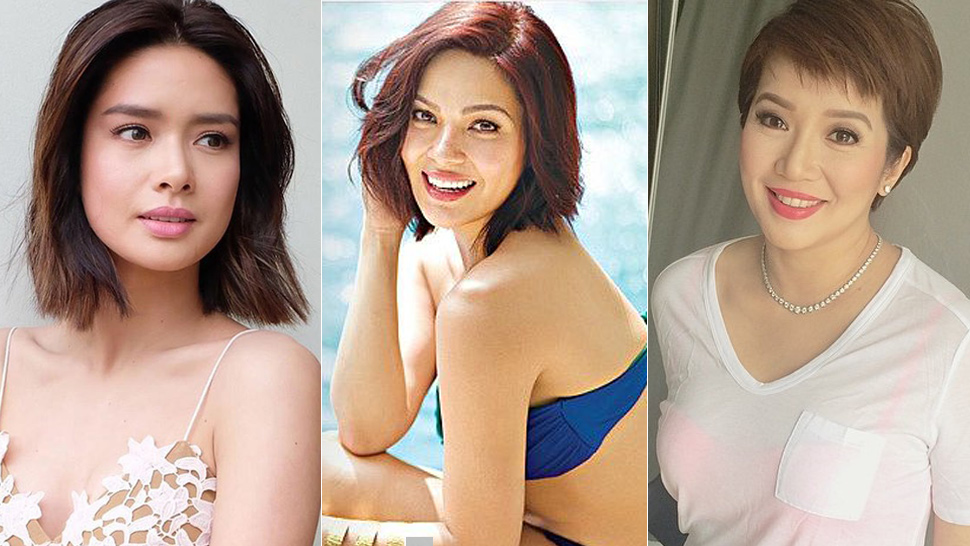 IMAGE Instagram/erichgg, Cosmopolitan Philippines, Instagram/krisaquino
One of them admitted that she regrets doing it.
Shares
Share
Tweet
Comments

After ending a relationship, the thought of changing your hair will always come to mind. Why? Because having freshly cut locks or a new hair color can give us an idea of a fresh start and a feeling of a new identity.

A "breakup haircut" may be a temporary or a slow way of healing, but it does invite optimism which allows you to have a headstart on gaining self-control and handling emotions. It's an empowering move for anyone going through a tough time.

For a little push, here are seven celebrities who did a major hair change after a heartache:

Just recently, Kylie and her husband Aljur Abrenica reportedly have gone separate ways. Kylie has since chopped off her locks into a bob haircut. That said, her sudden switch of hairstyle isn't exactly because of the breakup but for her role in Betcin where she'll be starring alongside Andrea Torres. Nevertheless, her new hairstyle is an edgy chop that's perfect for a busy mom!

After her break up in 2017 with Daniel Matsunaga, Erich decided to switch her hair into a a chic bob with some side-swept bangs. When asked why she had a sudden change of hairstyle, she replied, "For a change, fresh start, new beginnings." Her 'do was clearly one of her best decisions because she’s still sporting that hairstyle up to this day!

This actually wasn’t the first time she was spotted with a new haircut after a breakup. In 2015, she also chopped a few inches off after ending a four-year relationship with a non-showbiz boyfriend.

While sporting a head-turning bronde back in 2016, Jodi suddenly changed her hair color to a brighter silver ash. This was around the time of her first breakup with Jolo Revilla. The couple later reconciled but finally called it quits in 2018.

Though many assumed that her new 'do was due to her break up, it was for her role as Madam Claudia on Pangako Sa 'Yo. Still, we can all agree that this pixie cut will always be one of her best looks!

Julie Anne donned her shortest hairstyle to date after she and her then-boyfriend Benjamin Alves broke off their two-year relationship in 2016. She captioned her Instagram photo of the hairstyle with "Thank u, next," a popular post-breakup song song by Ariana Grande.

When asked about her caption, Julie said, "Everyone's been talking about it and everyone loves that song. Nakaka-LSS din kasi siya sobra, so yun lang naman. Nothing else." Even if many are skeptical about her true meaning of the caption, there's no denying the cropped style suits her perfectly!

After ending her engagement with Herbert Bautista in 2014, Kris fearlessly opted to get a post-heartache pixie cut. The breakup was particuarly painful one because Herbert was said to have broken up with Kris over the phone just a week after the proposal. Because of the heartache, Kris fearlessly opted to get a pixie cut. She wrote on Instagram, "I cut off more than a foot, so I'm super ready for my life change!"

Unfortunately, Kris admitted later on that she regrets this haircut. In another post two years later she stated, "I realized, mas bagay talaga sa 'kin when my hair is a couple of inches below my shoulder. It took [two] years for me to grow out my pixie cut experiment. So girls—if ever you're heartbroken—don't cut your hair."

KC has always sported straight and silky locks, especially as a model for a big shampoo brand. However, in 2012, she suddenly debuted a bob cut while taping for a Christmas special. It was around the time she and Piolo Pascual ended their relationship, which led people to assume it was a breakup 'do.

Fast forward to eight years, rumors were circulating that the pair was back together. She denied it when a fan asked on Instagram, but claimed that they are civil. "We had our little quality time in London when we did 'ASAP' in London and it was a really funny, nice catch-up after everything. He asked if we could talk and without saying too much, we were able to talk a little bit," she said.

Dog Lovers, These 15 Minimalist Designs Are Perfect For Your First Ink