LOOK: Would You Buy This Iconic Engagement Ring from "Crash Landing on You"?|Read more »
Beauty | By Pauline Juan - Sep 29, 2017

Can We Talk About the Irony of the No Makeup-Makeup Look?

Over my styled body. 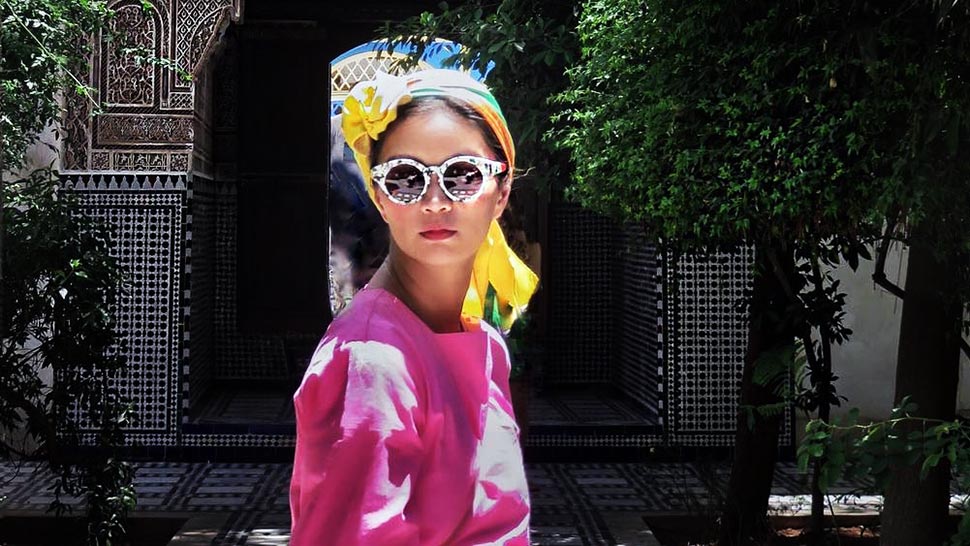 When I started editing Preview in the noughties, a backlash against the '90s (that era of grunge and minimalism) was very much palpable. A reaction to a decade spent dressing down and then later dressing plainly, it seemed as if everyone was eager to dress up, to embrace glamour, to welcome back high heels and play with fashion. In fact, we were so eager, we went along with every seasonal trend from baby-doll dresses to '80s-style body-con and quarterback shoulders.

Dressing up became such a preoccupation of the noughties: Stars appeared on billboards all over the metro coifed and bejeweled to sell real estate; they also came out on daytime shows, like ASAP and The Buzz, dressed to the hilt in gowns and skyscraper heels. The trickle-down effect, especially in our industry, was felt as every little event was no longer just a business presentation; it had turned into an occasion to get glammed up. Recently, a lawyer (she’s a partner in a law firm) complained to me that all the younger associates in her firm would show up in court “looking like artistas,” which, when I probed, meant that they put on cocktail dresses and statement heels together with a full face of makeup, including kilay, falsies and bright lips.

Let me, for the record, state that I am not a makeup junkie. In fact, if I could have my 16-year-old skin back, I would gladly give up makeup. I do recognize, however, that most people—myself included—need that extra boost that cosmetics give, whether it’s to even out your complexion, conceal flaws, or define your features. While many of us prefer the “no-makeup” look, it is ironic that this particular look we’ve come to love, while done in shades of browns, seems set on a template that requires one to apply base that covers all imperfections, draw eyebrows, paint on eyeshadow and eyeliner so the eyes appear deep-set, contour cheekbones with blush, and apply a nude high-pigment lipstick for a perfectly “natural” look.

Principals of Asian beauty companies always point out somewhat incredulously that the Philippines is the only market in Southeast Asia that sells more makeup than skin care. These principals, who typically come from Korea or Japan, tend to use the heavy hand we use to apply makeup warily, explaining that in their countries, they play up the skin using a lot of highlighter and shimmer. So steeped are we in artista culture (both local and foreign), we think of makeup as “putting on your face,” much in the way Oprah’s makeup artist is able to chisel out her features and make her look like a bombshell after spending time in the makeup chair.

Back when it was a novel thing to pair a romantic-looking dress with biker-inspired accessories, fashionistas used to refer to that as “throwing something unpredictable into the mix.” This statement became so ubiquitous—the unpredictable turned out to be predictably unpredictable. Today’s version of this statement has to do with looking undone. We all want to look “undone” instead of made up. But we can only seem to do “undone” in a done way—where kilay, contour and eyeliner are omnipresent.

We have come full circle. This '90s revival that’s so pervasive right now favors dressed down to dressed up, slippers to heels, artless to art-directed, and undone to glamour. It’s the backlash to the backlash.

7 Style And Beauty Tips For Flattering Your Face Shape

5 Spa Staycation Getaways In Manila For A Relaxing Weekend