SHOP: The Preview Beauty Bag Is Officially Here and It's the Ultimate Steal|Read more »
Beauty | By Ros Marcelo - Mar 18, 2022

"I wish I had kept the nose of my ancestors." 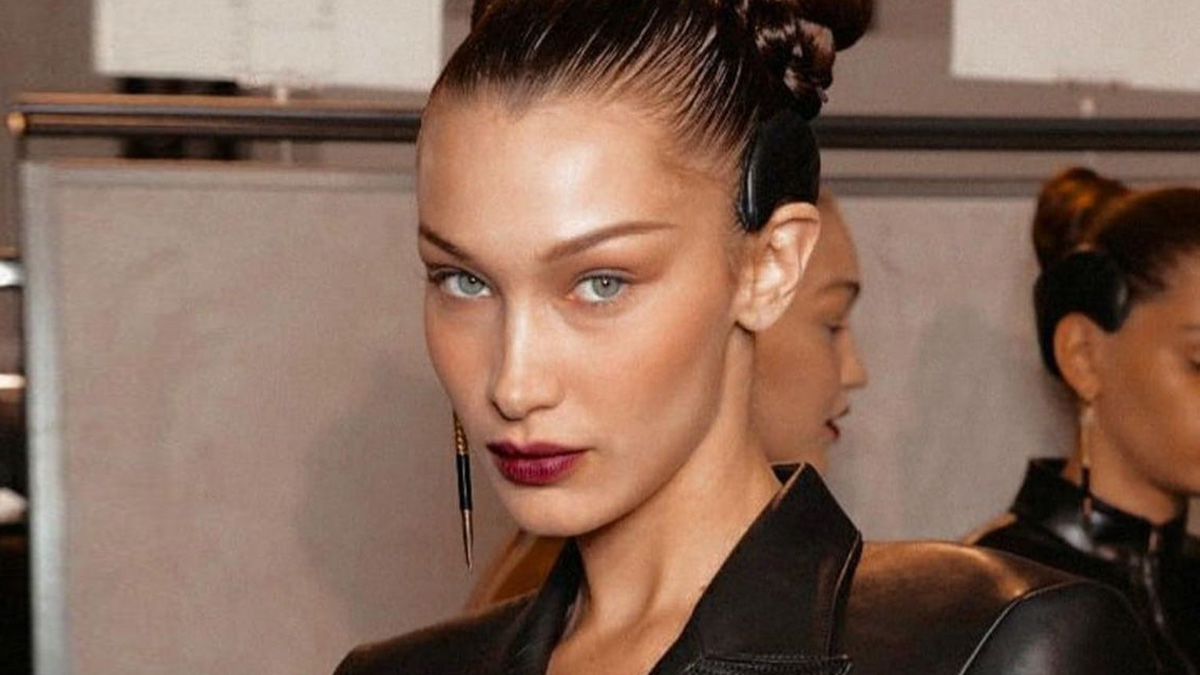 Bella Hadid's signature foxy gaze, tall frame, and cat walk have cemented her as an icon in the world of fashion and beauty. Since she started modeling at 16, she's been named "Model of the Year," and have starred in countless magazine covers internationally. But of course, even the brightest of stars carry hidden weight on their shoulders.

"I was the uglier sister. I was the brunette. I wasn't as cool as Gigi [Hadid], not as outgoing. That's really what people said about me," Bella Hadid shares in her April cover story with Vogue. She also opened up about her struggles with her mental health and the challenges of being in the spotlight.

"I always ask myself, how did a girl with incredible insecurities, anxiety, depression, body-image issues, eating issues, who hates to be touched, who has intense social anxiety—what was I doing getting into this business.

"But over the years I became a good actress. I put on a very smiley face, or a very strong face. I always felt like I had something to prove. People can say anything about how I look, about how I talk, about how I act. But in seven years I never missed a job, canceled a job, was late to a job. No one can ever say that I don’t work my ass off."

In the modeling industry, it’s more often than not that people question one’s natural beauty. To many, acknowledging that they’ve had plastic surgery done is not easy, especially with the stereotypes concerning the procedures' "fakeness." And yet, Bella confesses to getting a nose job at the age of 14—a decision she now apparently regrets.

"I wish I had kept the nose of my ancestors. I think I would have grown into it," she admits.

Bella is half-Dutch and half-Palestinian, born to model Yolanda Hadid and real estate developer Mohamed Hadid. She has always embraced her heritage, and been open about her support for her home country. "I love my family, I love my Heritage, I love Palestine,” Bella once wrote on an Instagram post with pictures of her father’s side.

Aside from her nose job, Bella strongly denies having touched anything else on her face—whether it be for her career as a model or, as rumors claim, to resemble '90s supermodel Carla Bruni. Carla is actually Bella’s friend in real life, and has frequently acknowledged their resemblance. They've even had a magazine cover together with Burberry Chief Creative Officer Riccardo Tisci for Elle France in 2020.

"People think I fully fucked with my face because of one picture of me as a teenager looking puffy," she says. "I have never used filler. Let’s just put an end to that." Bella denies having any sort of face lifting surgery, too: "Whoever thinks I've gotten my eyes lifted or whatever it’s called—it’s face tape! The oldest trick in the book."

That said, Bella doesn’t take it against anyone who chooses to do these procedures. "I have no issue with it, but it’s not for me," the model states.

Bella's honesty about getting plastic surgery (and about other aspects of her life) only proves that many of your favorite models—unbothered as they may seem—are still subject to countless criticism that affect them deeply. But as Bella has proven, despite all that negativity, you can still keep moving forward. All it takes is courage to be true and kind to yourself while you take the world by storm.

Here Are The Hidden Meanings Behind Carla Abellana's Dainty Tattoos

These Are The Exact Makeup Zoe Kravitz Wore In "the Batman"