From Audrey Hepburn’s onscreen haircut to Korean face masks on To All the Boys I’ve Loved Before. 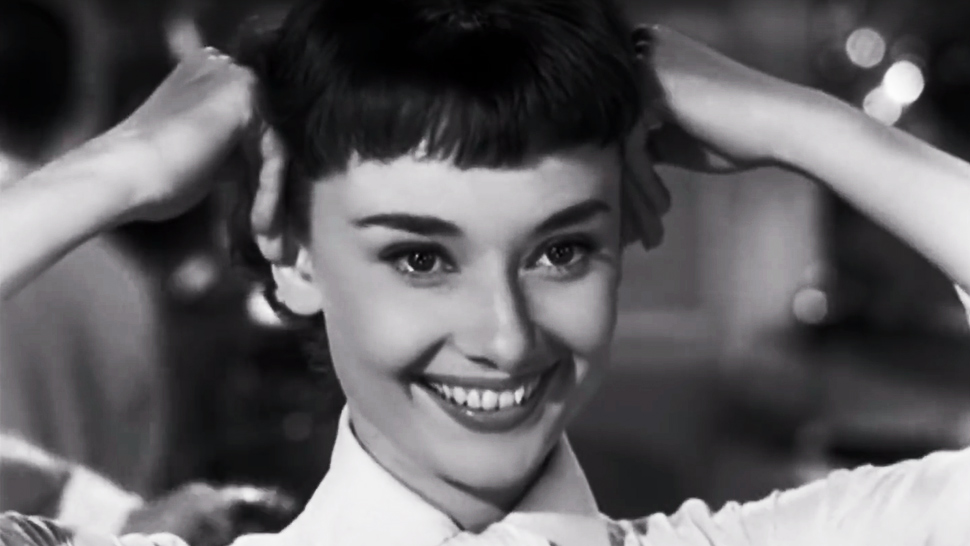 There are countless beauty looks immortalized in film that we’d run out of space if we tried to list them all down. There are a few memorable ones, however, that we’d like to shine a light on and celebrate. From classics like the 1953 Audrey Hepburn starrer Roman Holiday to modern-day gems such as To All the Boys I’ve Loved Before, we highlight some of the best beauty moments captured on the big screen.

It’s not uncommon for actors to change their hairstyle for a role. But in Roman Holiday, Audrey Hepburn gets her hair shorn on screen. Her character Princess Ann asks an Italian barber to cut off her long locks and transform it into the wavy pixie she would eventually be known for. This was her first major feature film role opposite Gregory Peck. She ended up winning an Oscar for her performance.

Not sure if it's worth putting on your resume, but putting on lipstick with your cleavage is a skill, we must say. That’s exactly a trick Claire Standish (Molly Ringwald) pulls off in The Breakfast Club. Look ma, no hands!

Mia Wallace (Uma Thurman) makes a case for the impossibly cool sleek bob with blunt bangs paired with blood red nails. Global beauty brand Chanel renamed their now-iconic Rouge Noir shade as Vamp. The shade that Mia wore on her nails in Pulp Fiction was formulated in the ‘90s to look like dried up blood. How’s that for deadly?

Wes Anderson’s films have a distinct aesthetic that makes them instantly recognizable as his. From saturated hues to perfectly symmetrical shots, movies like The Royal Tenenbaums are automatically a treasure trove of style and beauty pegs. Margot Tenenbaum (Gwyneth Paltrow) with her kohl-lined eyes and pinned back bangs with a single plastic barrette is an icon.

Who can forget that moment when Elle Woods (Reese Witherspoon) single-handedly won Brooke Windham’s (Ali Larter) case when she cross-examined Chutney (Linda Cardellini)? And it was all because of the cardinal rule of perm maintenance that revealed the truth that it was Chutney who murdered her father. “What, like it’s hard?”—Elle Woods on solving a murder case, probably.

There are a lot of movie makeover scenes, but nothing quite compares to Mia Thermopoulis’ (Anne Hathaway) royal transformation. It’s got all the ingredients for a great makeover scene: from cucumber slices on the peepers, to full-service mani-pedi, to the magical reveal at the end. The montage perfectly captured her transition from awkward high schooler to Princess—emphasis on the last syllable—of Genovia.

The dark psychological thriller by Darren Aronofsky explores the psyche of ballerina Nina Sayers (Natalie Portman) as she transforms into The Swan Queen. She teeters between fantasy and reality and we’re kept guessing if we’re witnessing her hallucinations or if it’s real life. When she fully becomes her character, swapping her pristine white costume for the Black Swan, her severe makeup completes the look—dark eyes, red lips, and all.

There’s the beauty of perfectly winged liner, then there’s an extremely graphic eye. In this Tom Ford-directed film, Colin Firth is George Falconer, a British gay man who goes into depression after his partner’s death. His friend Charley (Julianne Moore) meets up with him for a night of reminiscing and dancing. She looks positively chic in a black-and-white column dress, imperfectly perfect hair, and the most gorgeous graphic eye complemented by full, fluttery lashes.

Irving Rosenfeld (Christian Bale) and Sydney Prosser (Amy Adams) are slick con artists in this 2013 David O. Russell film inspired by the FBI ABSCAM operation in the late ‘70s and early ‘80s. But it’s Rosalyn’s (Jennifer Lawrence) obsession with her scented top coat—the one that smells “like flowers, but with garbage”—that takes the beauty spotlight. Anyone know where we can get a bottle of it? Asking for a friend.

To All the Boys I’ve Loved Before

It’s become a symbol of self-care in many a beauty junkie’s top shelf. Who hasn’t tried a face mask or seen someone try it these days, right? Seeing Lara Jean (Lana Condor) indulge in a bit of K-beauty down time with crush-turned-bestie Lucas (Trezzo Mahoro) before that major hot tub scene with Peter Kavinsky (Noah Centineo) was definitely relatable. We love us a good rom-com, but we love flawless skin even more.

What are your favorite beauty moments in movies? Share them in the comments below!

10 Christmas Films You Can Binge-Watch Over the Holidays

How To Achieve A Korean-inspired Natural Makeup Look