SHOP: The Preview Beauty Bag Is Officially Here and It's the Ultimate Steal|Read more »
Beauty | Feb 7, 2012 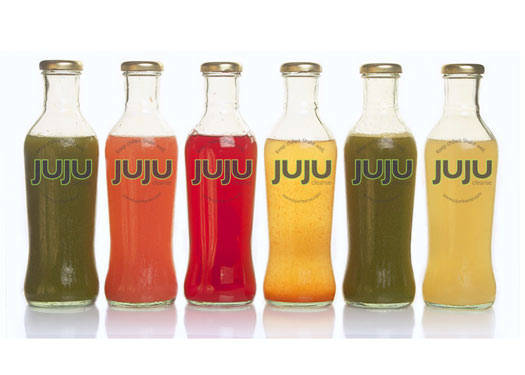 The pre-holiday and holiday seasons are the most hectic times of each year for me. Between all the last-minute deadlines, late nights, events (work), parties (play), gift-shopping, token balikbayan duties, restaurant hopping, and even more deadlines, the end result was a spike in hyperacidity (a chronic condition), indigestion, and the dreaded stress bloat. I’ve been curious about the Juju Cleanse since we featured them in Preview last year and finally had the perfect excuse to try it out.

I was a bit apprehensive, but as they say on their website, our bodies need a solid-food break once in a while, and that not only is this energy-efficient, it also rehydrates, alkalinizes (toxins apparently thrive on acidity), and flushes out the “trash” that eventually leads to sickness. The timing was also perfect: What better way to start the (almost) new year than by detoxing? (And not gonna lie, I needed a buffer for all the holiday pounds I was sure to pack on.)

A fruit/vegetable juice cleanse, each kit consists of drinking six kinds of juice a day at specific “meal times,” all delivered to your doorstep. With three intensity levels—Level 1 has more fruit juice than veggies, Level 2 is split down the middle, and Level 3 is almost 90% veggie—and a five-day duration to choose from, Juju Cleanse is a tweakable program you can tailor to your needs. Seeing as my primary concern was efficient detox and alkalinization, I chose to do Level 2 for three days.

My resolve was strong, therefore I excitedly plunged into the first juice, the Green Bomb (my “breakfast” veggie juice and their “hero product,” consisting of  celery, coconut water, cucumber, malunggay, pineapple, spinach, and lettuce). Instantaneous morale change: “Drinking” vegetables is no joke. And since I wasn’t a big fan of beets I knew the next one, the Red Giant (my “mid-morning snack,” ingredients: beets, carrots, ginger, pineapple), wouldn’t be easy either.

After the first two drinks came the first bathroom break, and I instantly felt lighter. Next was another Green Bomb for “lunch”—I was already feeling a bit woozy and had a minor dizzy spell while doing pulls for an upcoming shoot (I personally don’t think I can manage strenuous activity during the cleanse). I texted Kat (Azanza, of Juju Cleanse) asking if this was a normal side effect; it was, and I was free to stave it off with a banana or some clear broth if I felt faint.

Next juice was the Alkazest (coconut water, pineapple, grapefruit) for my “mid-afternoon snack,” which essentially just powers you through the day till your next Green Bomb for dinner. A few hours after my “dinner” Green Bomb I had the last drink in the kit, the Salaba’t Lemon (ginger, honey, lemon), which became my favorite, since being acidic I’ve always had an affinity for citrus alkanizers.

No cheating so far, but since I was a midnight snacker decided to have that emergency banana to calm down the tummy grumbles before sleeping.

Decided to work from home as I kept peeing every 20-30 minutes—at this point everything you expel is liquid; I was feeling the height of the “detox.” Unfortunately, that also meant craving for solid food—any solid food—and the general feeling of chewing (psychological?). I still haven’t warmed to the Green Bomb but knew that the general well-being was due to this power juice; I had already felt less acidic and even stopped taking my proton-pump inhibitor capsules. I also concluded that the Red Giant is my main bathroom trigger.

I’m not quite sure if it was because of the cleanse or less office distraction in general, but I finished 80% of my writing deadlines that day. Focusing less on food (I had no choice—food? What food?) and more on my energy and output gave me more clarity of thought, I suppose. Plus it was almost being like on a pure vitamin-and-mineral I.V. drip, so this had to help cognitive functions.

I had another banana after my Salaba’t Lemon, but this time more out of fear of still craving (and getting cranky—there was a cranky factor, similar to PMS) in the middle of the night. Overall, I was still “hungry,” but knew that it was more in my head than my body—the fact that I wasn’t getting any ulcer spells meant I was getting the nutrients I needed.

Last day! People who do this for five days, I salute you. It takes commitment—not only to drink the juice, but to make time in your schedule for all the bathroom breaks and lugging the six hefty bottles around in a special foil-lined baggie (for freshness).

I was getting used to the Green Bomb and really, truly could see its benefits, but the taste was still 100% all-out liquid veggie, so for those who can’t get around this it’s going to be challenging. My least favorite drink has got to be the Red Giant; I had been sipping it through a straw to minimize the taste (this makes sense in my head). When I finished my last Green Bomb I felt a sense of accomplishment and knew my body had somewhat rebalanced itself, and since I was still peeing like crazy I also knew I was flushing out anything that needed flushing out. I had no bloating either.

No bananas—it was my last day so I celebrated the end of my cleanse with one cracker. Yay!

Minimal weight loss of 3 lbs max—I’ve been on enough diets to know this was water weight, and barely a loss at that. Prior to the cleanse though, I was self-medicating with acidity pills and at my worst, could barely sit through a glass of wine without getting an attack—extremely, excruciatingly painful and inconvenient, especially during the crazy holidays. My skin had a healthier glow and I didn’t bloat at all, considering I did the cleanse during my PMS week (which would probably explain all the other cravings and crankiness).

Time and budget permitting—it’s a bit pricey for “juice”—I would do a Level One Juju Cleanse one or two days a month for maintenance. Even the diet-averse can afford to let their stomachs rest for a weekend. It’s a good prep or troubleshooting device for when you know you've indulged a bit too much or haven’t been good to your system. It’s also the best jumpstart to a great diet plan—now that you’ve spring-cleaned your body, the pipes are clear and ready for a health-and-wellness overhaul.

In The Mood For Love 1

Pond's Finds The Power Of Clay