JUST IN: Jinkee Pacquiao Is One Glamorous Ninang at a Wedding Wearing Accessories Worth at Least P10 Million|Read more »
Beauty | By Em Enriquez - Oct 18, 2022

Here Are the Hidden Meanings Behind Arci Muñoz's Cool Tattoos 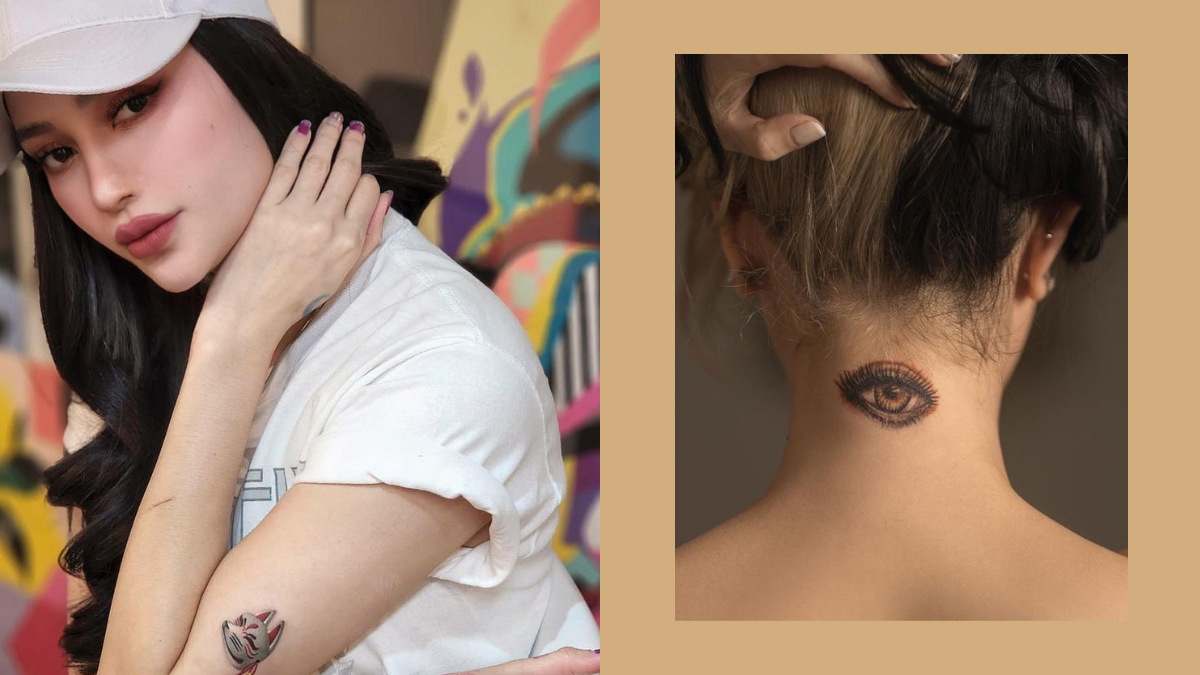 IMAGE Instagram/ramonathornes
She loves BTS so much that she got a tattoo dedicated to them!

Fact: Arci Munoz is one of the coolest girls in the world of show business. Whether she's on stage embodying her rockstar persona Ramona Thornes, or is out and about rocking the zaniest hair colors, the 33-year-old is always 100% Arci in whatever she does.

Today, we're zoning in on her equally-as-cool ink. The singer-actress has accumulated quite the number of designs across her body, and she just gave Preview a look-see into some of them. They're like peeks into the sides of her you never thought she had! Check them out below:

The Meanings Behind Arci Munoz's Tattoos

1. She wears her love for BTS on her wrist

A die-hard ARMY through and through, Arci got inked with the logo of BTS' "Love Yourself" album in 2019. She tells Preview that a local tattoo artist named Saegmi did this during her first trip to Korea. The design's placement also has a significant meaning to her: "The purple end appears to be connected to my vein as the left arm is connected to the heart." Borahae!

2. Also on her left arm is a symbol of her ability to "shapeshift"

ICYDK, Arci's quite the geek when it comes to anime. Another Korean tattoo artist that goes by PolyC etched a kitsune mask on the outer area of her left arm. She says that the kitsune is, "viewed by the Japanese as a magical creature with the ability to shapeshift." She likens this mystical being's powers to her career, stating that, "somehow it represents the ability of an actress like myself to portray any roles given to us."

3. A dainty sunflower is drawn on her ankle

Keeping Arci grounded is an illustration of a sunflower on her ankle. She explains that sunflowers "are known for [following] the journey of the sun, facing it as it moves [across] the sky over the course of the day."

4. Two designs about her faith are on each of her arms

Whenever the singer-actress clasps her hands together to pray, a cross-shaped rose and an infinity symbol meet. This is her way of expressing that God is infinite.

5. She got a tattoo done to commemorate her first trip to Japan

During her very first trip to the Land of the Rising Sun, which she professes is now her favorite country, Arci had a sakura flower drawn on her right hand. "I wanted to get something that would remind me of my visit," she shares, "and what’s [a better] remembrance than getting a tattoo of Japan's famous flower?"

6. A famous Korean expression is etched on her right arm

Whenever life gets Arci down, she just raises up her right arm to get a reminder to keep going. On it is an inscription of the popular Korean phrase "fighting!" You go, girl!

7. She has a hidden tattoo that's her way of saying "I love you"

One of the 33-year-old's most interesting inks has got to be the heart inside her bottom lip. The sole reason why she chose to have it there is because it's "a way of saying 'I love you' without saying it verbally."

8. Her newest tattoo protects her from evil

Just recently, Arci revealed the newest ink on her body, which is an illustration of an evil eye on her nape. Rather than inviting bad juju, it actually wards it off. "Ì chose to have it on my nape as protection from malevolent glares, bad intentions, and backstabbers." So, so cool!