There's no denying it, Kelsey Merritt is the model to watch out for. Signed to Wilhelmina Models (the same agency that represents Demi Lovato and Nick Jonas), the young model and college student has been all over the world the past year shooting for brands like ASOS, H&M, and even Vera Wang. It's no surprise that this girl from Pampanga is Maybelline New York's latest face to obsess! 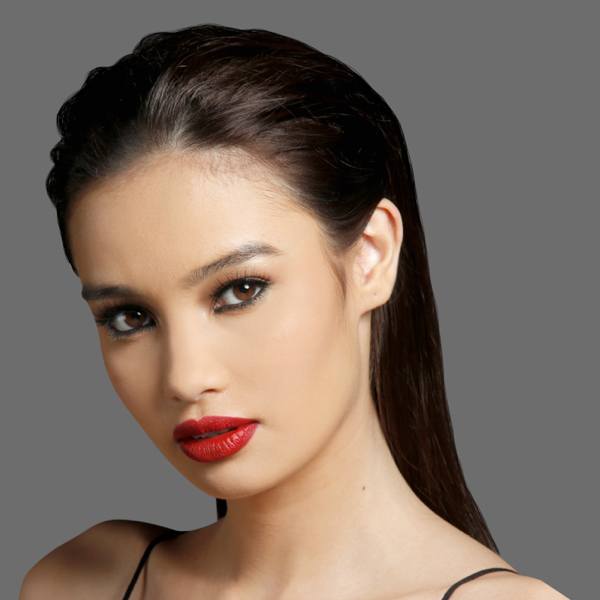 "It's crazy—it hasn't even sunk in yet that I could actually call myself a Maybelline girl!" Kelsey dishes, "As a model there are certain goals I want to reach in my career and being a Maybelline girl is definitely one of them." We talk exclusively to the model with the killer pout and discover 10 things you might not know about her (just yet!).

1. She started modeling at 15 years old. Kelsey admits that she broke into the scene when she was still in high school. She actually came straight from class for her first Preview shoot!

3. She can't speak Kapampangan. "My mom is not Kapampangan so I didn't grow up speaking it, but my friends helped me learn the dialect in high school and I can understand!"

4. She's obsessed with this iconic and cult fave Maybelline New York product. "The first product I bought from Maybelline is their Falsies Mascara and I've been a loyal user ever since! It's the best!"

5. She loves red lipstick. "Right now, I have about six different red lipstick shades from Maybelline. But don’t get fooled by that, it’s still a growing number! My favorite is Rich Ruby and Burgundy Blush from Creamy Mattes Collection. I like these because they are very deep colors of red, and are the creamiest lipsticks ever. They feel like velvet on your lips when applied. Both are matte lipsticks that are very pigmented, and they do not dry my lips at all." 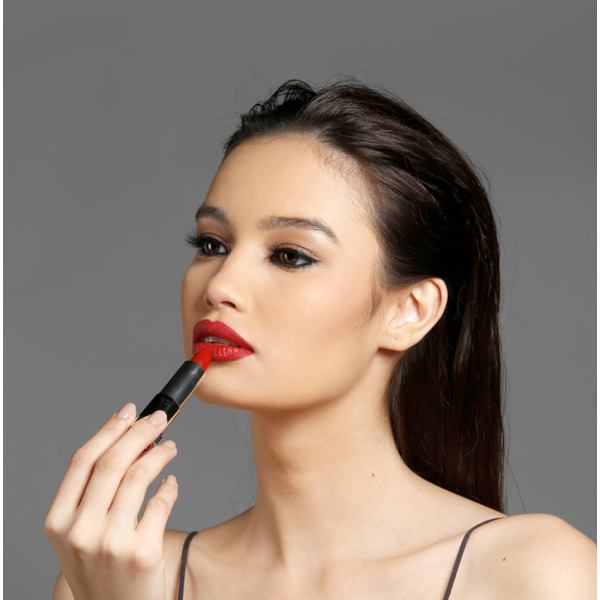 6. She believes that there's more to wearing red lipstick than simply looking pretty. "The thing about wearing red lipstick is that it gives the woman who is wearing it a boost of confidence. Whenever I wear red lipstick, I always feel like I can do anything I set my mind to. Red is such a bold and striking color that it draws people's attention to you and it becomes a symbol of prowess. "

7. Her number one makeup tip is: "Make sure you know which of your features makeup can bring out the most. We all have assets-let makeup help you flaunt it!"

8. She's got an empowering philosophy about wearing makeup. "I have always believed that makeup is not supposed to conceal the real beauty of a woman, but rather enhance her features. I feel confident after putting makeup because I always feel like I am ready to take on the day. When a woman fixes herself up and looks good, she becomes the best version of herself."

9. She's worked with iconic photographer Patrick Demarchelier. She described the experience as "intimidating". "He did not have to introduce himself because everyone in the studio knew him," Kelsey quips, "It was such an honor shooting with a legend. I hope to shoot with him again in the near future."

This article was created by Summit Storylabs in partnership with Maybelline.